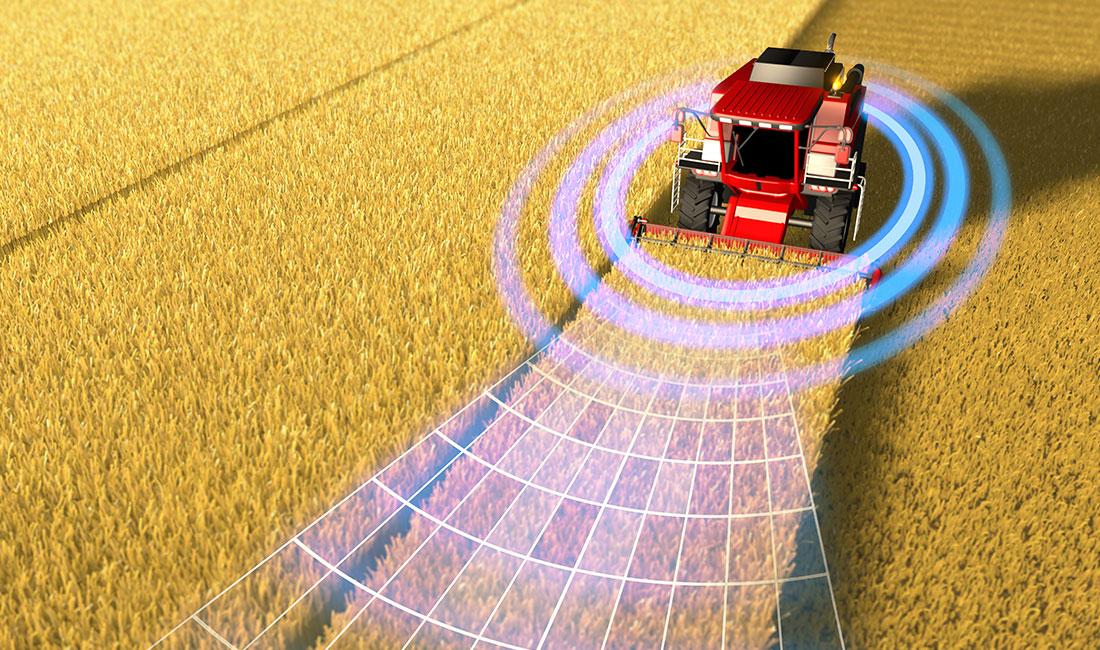 We got in a conversation with Shaju S, General Manager, and Head, Transportation Business Unit, Tata Elxsi, to learn more about the subject of autonomous off-highway vehicles.

Technological advancement in the automotive industry is quite an ongoing process, but the sector has come leaps ahead in the past decade, with the focus now shifting to the electrification of vehicles and exploring means like hydrogen fuel cells and more. Another aspect quickly catching on is autonomous or self-driving vehicles.

While self-driven passenger cars could still be a long way away in India, the automotive industry can offer autonomous technology for off-highway vehicles, which, in return, can make operations more cost-effective, safe, and efficient for various industries like mining, agriculture, construction, and even the military. We got in a conversation with Shaju S, General Manager and Head, Transportation Business Unit, Tata Elxsi, to understand the subject to greater depths.

How far along is Tata Elxsi in terms of the development of tech that would enable off-highway vehicles to be autonomous or remote-operated in India?

The introduction of self-driving vehicles was a watershed moment in the off-highway industry. The significance of big data in forecasting the heavy vehicle industry’s future in mobility, electrification, and connectivity, among other areas, is crucial in influencing the course of the autonomous driving sector. Tata Elxsi has been in the autonomous driving environment for over a decade. Some of the OEM’s have licensed our indigenously developed full-stack IP AutonomAI for their autonomous driving programs. We built high-performance deep learning models for a range of perception tasks – both stationary and non-stationary – to satisfy the needs of diverse terrains, geographies, and transportation safety laws. We have internal algorithms developed for operator monitoring, remote vehicle operation, autonomous operation, sensor fusion, synthetic scene generation, automated testing, and analytics for CAN bus signals.

What are the basic principles that have to be employed for the autonomous operation of a large vehicle, like IoT or AI?

Two significant technological developments are fast converging in the off-highway vehicle business sector: autonomous and semi-autonomous equipment and the Internet of Things (IoT) advancement. Autonomous technology has become a critical component of how makers of off-highway equipment envisage the future of equipment design and operation. Regardless of their level of autonomy, these vehicles will require components that can withstand the harsh environment of off-road situations. Perception, exploration, mapping, localization, planning, and path execution are critical components of self-driving vehicles. To enable the safe functioning of an autonomous vehicle, a sophisticated network of sensors must feed intelligence to the vehicle and collect and report the vehicle’s condition, position, and operational status to the owner or operator. The OEMs can use this system-wide intelligence to increase the security of autonomous equipment.

How can safety be improved in such vehicles through data analytics?

To sense their environment, autonomous off-highway vehicles use various sensors, including RADAR, LIDAR, computer vision, sonar, and GPS. These sensors analyze sensory data to determine the geometry of the landscape, identify navigation pathways, avoid obstacles, and read pertinent marks. Across numerous industries, like farming, mining, and construction equipment, engineers developing autonomous vehicles conduct experiments that collect thousands of hours of test driving data. In a single eight-hour shift, more than 100 terabytes of data may be generated. This enormous quantity of data must be gathered, offloaded, stored, and processed to train algorithms for vehicle decision-making.

Big Data technologies are critical to this development on a reciprocal basis: machines are equipped with various sensors that collect data about their surroundings and control their behavior. This might range from relatively straightforward feedback methods to sophisticated machine learning techniques.

The New Mapping Data Policy announced by the Government of India in Feb 2021 also helps in enabling better access and application of analytics for the domestic market. This will specifically be more useful for farming and off-road vehicles, which do not benefit much from crowdsourced information on conditions.

What level of autonomy is best suited for various forms of applications, for example, for farm work or mining equipment?

Compared to that of automobiles, off-highway equipment follows slightly different levels of autonomy. Fully autonomous mining operation appears a long way off in the mining industry, but the same is getting implemented in the agricultural sector. Autonomous off-highway equipment operations can significantly increase efficiency and production while also boosting safety and sustainability. The key to advancing autonomy will be to increase intelligence in systems, such as AI, machine learning, analytics, and IoT. As self-driving vehicles continue to improve and the Internet of Things (IoT) and wireless connections become more prevalent, the off-highway industry has demonstrated an increasing interest in automating their equipment.

We will unavoidably continue to be involved in the development of autonomous off-highway vehicles. Even if the off-highway industry no longer requires or can manage equipment operations, it will remain critical for humans to direct the machine’s operation and intervene if it begins to operate unsafely.

How will autonomous off-highway vehicles benefit the operators in terms of cost-effectiveness and efficiency?

The growing number of individuals interested in autonomous vehicles in industrial, agricultural, construction, and mining sectors may be even more suited for autonomy shortly than passenger cars due to the reduced human-machine interactions. It is easier to fence in regions that contain autonomous processes, hence improving the possibility of safety. Remote operation can help avoid employing laborers in a harsh environment, which could be of great cost savings in the long run by extensively reducing fatalities. The reduced duration between shifts and elimination of operators’ harsh actions on equipment results in cost savings. Additionally, early prediction of equipment repair due to utilizing AI-based methodologies results in cost savings in maintenance/replacement.

What do you think about the tech’s military applications to develop autonomous or remote-operated means to transport materials and equipment into a war zone?

The military has historically been a leader in the development of Autonomous Vehicles technology, having conducted extensive research and development in this field for decades. The advantages of these vehicles are self-evident in a warzone. They can carry out surveillance missions and IED search and destroy operations without putting personnel in harm’s way. Additionally, vehicles may be made smaller.

The commercial applications of this technology are less evident in comparison, so this may be another area where the military takes the lead. However, despite the incentives above, the sector faces more significant engineering challenges. Military vehicles need to operate in inhospitable environments characterized by rough terrain and extreme temperatures. This makes it harder to program the AI to respond appropriately. Extensive testing will be critical.

Do you think India’s agriculture, mining, or construction industries are ready to employ ‘smart’ vehicles? What hurdles can they face, and what can be done to overcome them? Is there a growth pattern that you see?

Autonomous vehicles and robotics have the potential to revolutionize industries such as agriculture, mining, and construction. For maximum yield and enhanced farmer income, Indian agriculture and farming methods necessitate considerable mechanization and precision-based agro solutions. Numerous technology solutions and digital interfaces are necessary to enable farmers to get agricultural intelligence and improve cultivation information on soil health, seeds, water management, and advanced technologies to maximize production and revenues.

The global construction industry is turning over every stone and becoming smarter by the second. It should come as no surprise that connectivity, digitalization, and automation have a significant influence on large construction and infrastructure projects worldwide. Companies will be forced to invest in smarter building technologies and best practices that can be linked to every step of the value chain as India undergoes a paradigm change toward “smart cities and infrastructure.”